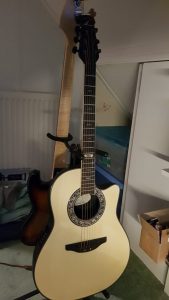 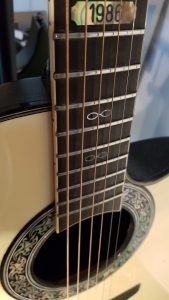 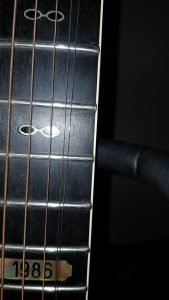 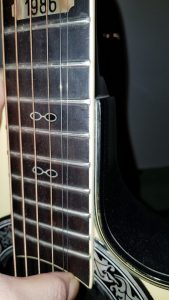 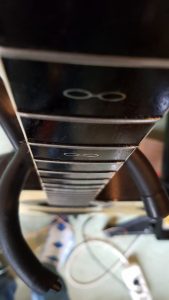 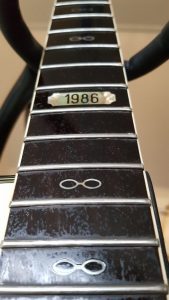 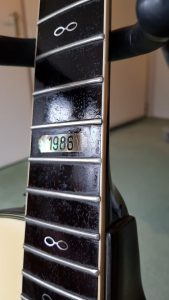 This Ovation Collectors edition 1986 has seen better days before I acquired it from a gentleman who managed to get twice for it than what it was really worth. After a lot of work and painfully delicate procedures, it’s now in a good shape for such a vintage icon instrument. It’s a live top guitar, with a polyresin neck and a synthetic shallow bowl. The problems with it when I blindly jumped into the deal were:

I had to do at least 2-3 maintenance rounds on it before bringing it to standard functionality:

The guitar is now sane and playable, the electric pickup also sounds very round and bright. This is the guitar I use for practicing and for learning songs, the slightly higher action than on electric helps to build up chops and resilience, and the shallow bowl is comfortably pleasant to hold. A fine vintage instrument that has been reborn after years of abuse and improper treatment.