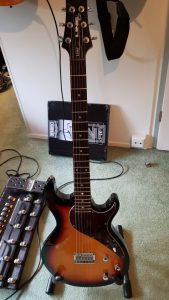 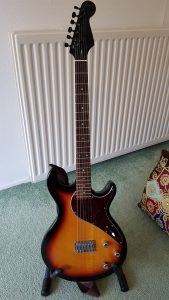 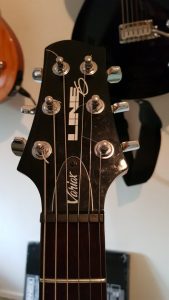 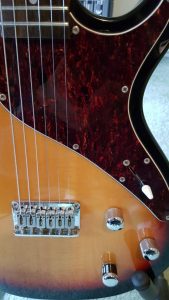 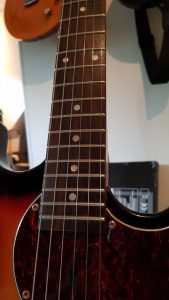 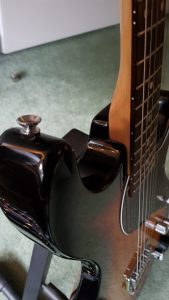 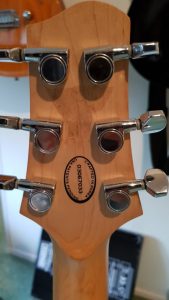 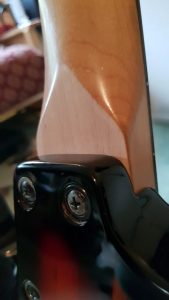 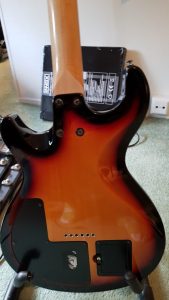 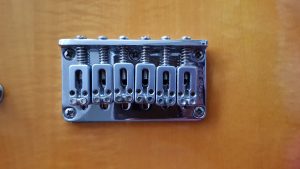 The Variax 500 is a Korean lower version in the early 2000’s Variax series by Line6. Unlike the more expensive 700 model, this has a fixed LR Baggs bridge, pretty much the same circuitry and guitar types as available on the other Variaxes. I picked this up cheaply by bicycle during a trip to Rotterdam, which was an adventure just getting to the suburbs where the seller was. It was really cheap because it had a main problem: the 2nd and 3rd frets were so worn-out that you almost could not play those positions.

The reason for owning my second Variax is because after the problems experienced on my 700, I wanted a backup Variax which I could use for testing the outboard equipment and could be used for replacement parts that are very hard to find. Another idea I had was to transplant the electronics from this cheap model to a more high-end guitar, seeing how some builders retrofitted Variax circuitry into Strats and LP’s. However this presented its own problems:

I got to work on it and first did a neck replacement, using a custom black Fender-type neck (foto 2) which I had to adjust for correct scale length. This proved to be a bad solution and eventually I went back to the original Variax neck, deciding to work on the frets. Work I performed on it:

It ended up as a reasonable good Variax with fixed bridge, the action is somewhat higher than my other electrics, mainly due to the lowered frets. Very good practice instrument with all the Variax modelling possibilities and decent handling.